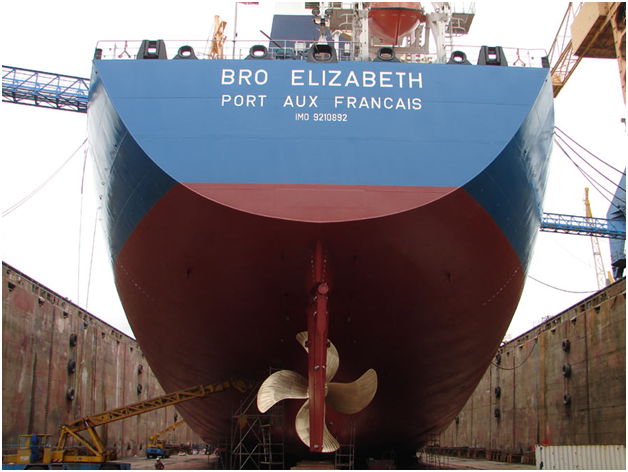 a) to register ships flagged with them and

b) to control safety, pollution and civil/social aspects of ships.

c) What mechanism is used in INDIA to comply with these requirements?

A) Registration of a ship

1. Registration of any sea going ship or coastal ship is laid down in various national and international convention or law like UNCLOS 1982 article 91 and MS ACT 1958 part 5 section 22.

2. Registration of a ship in any country gives the ship the nationality of the state whose flag they are entitled to fly.

3. As per MS ACT 1958 as amended every Indian ship other than of 15 MT and above and sailing on coast of India must be registered.

i. Declaration of ownership

b. Name of the ship – the owner or his agent shall give to registrar at the port of registry note of the name proposed for the ship at least 14 days before the date on which he decides to affect the registry.

i. At least 3 names should be proposed.

ii. The names should be approved by DGS.

iii. The registrar of receipt of application applies to DGS for allotment of an official number.

c. Survey and measurement –  After registrar is satisfied with evidence of ownership, arrangement for the surveyor to survey the ship and her tonnage is made. Later the surveyor grants the certificate of survey to the ship

e. Issue of certificate of registry – after competition of above process the registrar shall enter the following particular in respect of the ship.

i. The name of the ship and the port where she belongs

iii. The particular of her origin as mentioned in declaration of ownership.

iv. The name and description of here registered owner and number of shares (if any)

v. On competition the registrar retains the following documents :

3. Any instrument of sale.

4. All declaration of ownership.

vi. On competition of registry of an Indian ship the registrar grants a certificate of registry containing particulars as insured in the register book with the name of her master.

vii. Fees of permanent registry will be as per gross tonnage and for provisional registry is 1100 INR.

Part XII of UNCLOS as regarding the protection and precaution of marine environment. The government of india is signatory or has ratified to international convention such as SOLAS, MARPOL for control of pollution of maritime environment and other factors.

1. India has enforced pollution regulations in our own EEZ.

2. In our territorial sea additional navigational restrictions such as traffic separation is imposed on ships with dangerous and hazardous cargo.

3. India is also exercising PSC on following flagged vessels and regular flag state inspections are carried out to prevent pollution and protect the environment.

4. The safety aspect is taken care by SOLAS under which the necessary statutory certificates are issued to the vessel of Indian flag satisfactory survey.

5. For smaller vessels < 500 GRT the GOI has made different rules under the MS ACT 1958 for safety and pollution prevention.

1. GOI has ratified MLC which came in force on august 2013 consequently the GOI has developed maritime labor rules for Indian flagged vessels taking into account the culture of the country.

2. Collective bargaining agreement (CBA) of a MUI and NUSI are taken into account while implementing such rules.

3. The GOI can exercise criminal jurisdiction and civil jurisdiction onboard foreign ships as per the provisions described in the UNCLOS

Pollution control mechanism and responsibility is given to coast guard, we are signatory to OPEC

2. In order to respond to maritime disaster such as large scale oil spill from tankers or fire on board vessels the coast guards are well equipped for disaster prevention such as oil recovery devices and oil fences in far flung locations across the nation and remains in a constant state of preparedness.