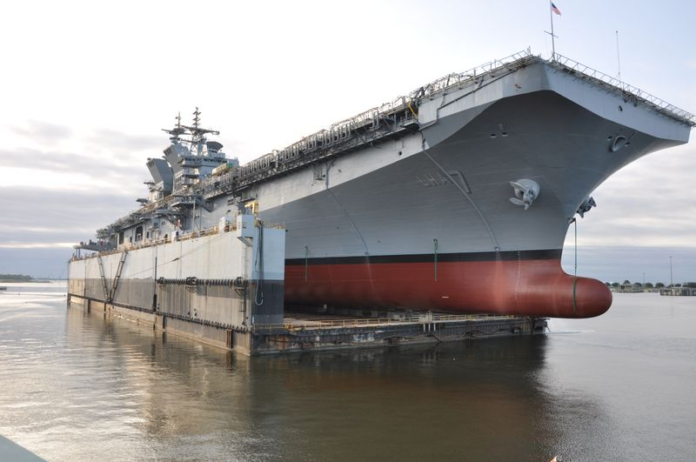 Now we come to the other type of dry docks, the ones which float. Floating dry docks have their own stability problems stemming from the fact that they have to float & bear the load of the ship under repair at the same time. The dock has to assure that it keeps positive stability when lifting the ship clear of the water.

Here, a special manoeuvre is performed where the dry dock matches the difference in forward & aft draft as soon as the ship takes support at the stern, by ballasting its tanks.

So how does it sustain its own positive stability? This is where comes a limitation on the weight of the vessel that can be raised clear of water on a floating dry dock. But, keeping that aside, we do not have the problem of a vessel heeling & loosing position on the block before the ship touches down properly on the blocks because the dry dock self adjusts the trim.

After reading this you will have some idea about how a ship might get vulnerable and topple while being supported on a dry dock, as apparently it doesn‘t seem to be such a problem at first.