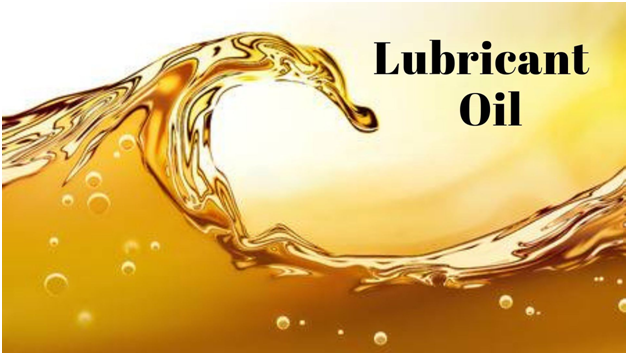 The oil has to serve two purposes;

A good quality mineral oil will serve the purpose of reducing the friction to the required level depending upon the metals involved & other conditions such as the temperature. All the oils will oxidise & this reduces its effectiveness as a lubricant. Oxidation will also cause deposits that can block passageways & coat working parts. The rate of the oxidation will depend upon temperature, the higher the temperature the more rapid the rate. Anti oxidants are available which reduce the rate, also additional properties can be achieved by the use of the additives.

Under the high temperatures oil is liable to thermal degradation that can causes discoloration & changes the viscosity. Additives cannot change an oils susceptibility to this degradation. The refining process are able to remove compounds that effect the thermal stability of the oil & also those that lower oxidation resistance. Most of the chemicals found in the oil will react more or less with the oxygen, The effects of this oxidation is always undesirable. Hence, a major objective of  this refining process of a mineral oil is to remove those hydrocarbons i.e. the aromatics, the small amount of the unsaturates together with the molecules containing sulphur, oxygen & nitrogen.

Unfortunately these same molecules are those that enhances the boundary lubrication performance. Hence, a careful balance should be struck. The use of the anti-oxidants makes a slightly better balance although there usefulness is limited.

Tin based white metal is susceptible to hardening as an oxide layers from on the surface.

May be heavy residual or light diesel/gas oil & can be sourced to faulty to cylinder combustion or faulty seals on the fuel p/ps.

carbon from the cylinder combustion process, particularly of importance with trunk piston engines but also for the crosshead engines with inefficient diaphragm. The carbon can lead to restrictions & blockages of oil ways causing bearing failure. Straight mineral oils hold 1% carbon in suspension, dispersant oils hold about 5%.

In summary there are three essential conditions for the microbiological growth;

Two other factors which helps in the growth are a slight acidity in the water (pH 5 or 6) & a slightly raised temperature (20 to 40oC) which can lead to the rapid growth.

Biocide additives are available but they are not always compatible with the other desired additives & can lead to the large organic blockages if treated in the machinery. The best solution is to avoid the presence of the water. If mild attack takes place the oil may be heated in the renovating tank to above 90 degree Celsius for the 24hrs before being returned to the sump via the centrifugal separator. For a severe attack the only solution is complete replacement of the charge followed by the sterilization of the system. It may be noted that on replenishment the bacteria may be present in a dormant state in the new charge.

Test results of the crankcase oils

Viscosity – Increases due to the thermal degradation or the HFO contamination, decreases with diesel oil contamination, corrective action needed if it increases by about 25% from new oil.

Insoluble Sediments – basically the result of wear & oxidation, corrective action at 1% by weight

Ash – a measure of the incombustibles in the oil sample, corrective action at 0.13% by weight

The type of cylinder lube oil required will depend upon the cylinder conditions & the engine design e.g crosshead or trunk piston. However, the property requirements are basically the same but will vary in degree depending upon the fuel & operating conditions.

All oils for all the purposes can be designed to give particular properties through the careful use of the additives to the base mineral oil stock.

When running in, the cylinder L.O. injector pumps may be filled with a  straight mineral oil without anti-wear properties  typically the crankcase oil- once this small reserve of the oil is exhausted, running in carries on with normal cylinder L.O.. The flow of the oil is increased to carry away metallic particles.

Low speed engines are particularly at risk from crankcase lubricant contamination caused by the cylinder oil drainage past the piston rod gland & combustion products. This can lead to severe damage of the engine crankcase components & reduction of life of the oil which is normally expected to last the lifetime.

Deterioration of the crankcase oil resulting in the expensive necessity of replacing up to 50% of the sump, this is particularly of the concern as it is often only a temporary measure.

2. Cylinder oil drainings being recycled & returned to the sump very likely as it is a common practice to purify oil leaking through the gland, tests done on this purified oil found high amounts of the insolubles

From above the suggestion is the most likely cause for the contamination is leakage past the piston rod. It is seen that maintenance of the stuffing box is of the utmost importance. Tell tales & drainage lines should be proved free & use of oil drained from the uppermost drain should not be allowed even after purification due to the high level of the contamination which can deteriorate  the properties of the oil in the sump.