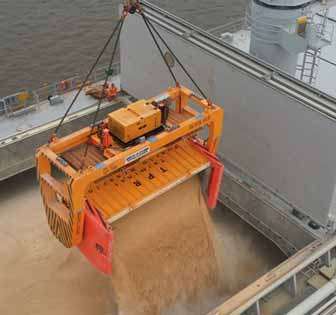 The International Grain Code(International Code for the Safe Carriage of Grain in Bulk), accepted by resolution MSC.23 (59), has been compulsory under SOLAS chapter VI since 1st Jan. 1994. The term grain includes wheat, maize (corn), oats, rye, barley, rice, pulses, seeds & processed forms whose reactions is similar to that of grain in its natural state. The International Grain Code deals with ships despite of size, including those of less than 500 gross tonnage, engaged in the carriage of grain in bulk and to which part C of SOLAS chapter VI applies. The motive of the Code is to provide an international standard for the safe carriage of grain in bulk.

The International Grain Code need a document of authorization is issued for every ship loaded in fulfilment of the Code. The document of authorization serves as evidence that the ship is capable of complying with the requirements of the Code and it must be accompanied or incorporated into the grain loading manual which holds information that allow the master to meet the stability requirements of the Code. A copy of the document of compliance with the grain loading stability data & related plans shall be carried on board in order that the master, if so required, shall produce them for the assessment of the Contracting Government of the country of the port of loading.

The contents of the International Grain Code are separated as follows:

Section 12 – Divisions loaded on both sides

Section 13 – Divisions loaded on one side only