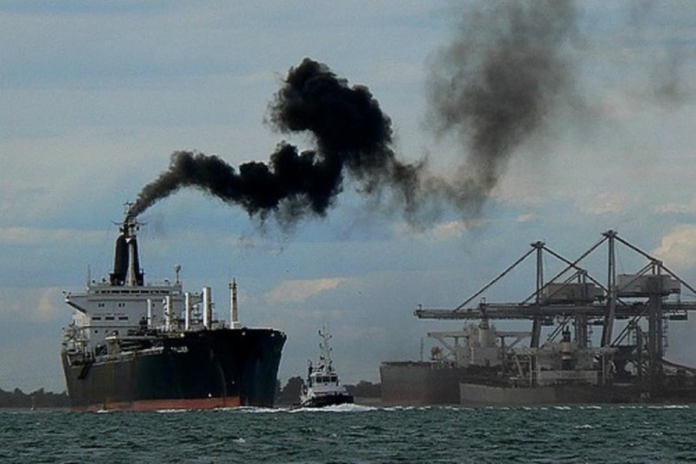 In 1973, IMO acquired the International Convention for the Prevention of Pollution from Ships, now known universally as MARPOL, which has been amended by the Protocols of 1978 and 1997 and kept updated with relevant amendments. MARPOL has greatly contributed to the appreciable decrease in pollution from international shipping and applies to 99% of the world’s merchant tonnage.

Annex I – Regulations for the prevention of pollution by the oil

Oil tankers transport some 2,900 million tonnes of crude oil and oil products every year around the world by sea.

Annex I came into force on 02.10.1983 and contains conditions for discharge of mixtures containing oil and also requirements applicable to the construction and equipment of tankers larger than 150GRT and other ships larger than 400GRT. This Annex is based on the principle that oil & water do not mix & are therefore easily separated.

Control of Discharge of Oil under MARPOL Annex 1 Regulation 4

All ship’s of 400GT (Other than oil tankers) and above sailing outside the special areas, the discharge from the machinery spaces, is permitted if:

For this ships of 400GT and above (Other than oil tankers), any discharge of oil or oily mixture out at sea is forbidden, except when all the following requirements are fulfilled:

1 the ship is proceeding en route;
2. Only treated oil-water mixture which is processed through an approved oil filtering equipment fulfilling the condition stated in regulation 14 is used to discharge the treated effluent mixture
3 The oil PPM in the treated effluent without dilution must not exceed 15 parts per million
4. In the special area of the Antarctic, any discharge into the sea of oil. Oil effluent or oily mixtures from the ship shall be prohibited.

Any oily mixture or oil effluent discharge from the cargo area of an oil tanker into the sea which comes under special area shall be prohibited.

The prerequisites of this regulation shall not affect the discharge of clean or segregated ballast tank.

In respect of the special area of Antarctica, any discharge into the sea of oily or mixtures from any ships shall be prohibited.

Every ship with 400GT and above and all tanker ships of 150GT and above must be subjected to following surveys:

(b) Oil Record Book ( Part II), For the Oil Tanker

Annex II came into force on 06.04.1987 and contains discharge conditions for four categoriesX,Y,Z, other substances of noxious substances and requirements applicable to the construction and equipment of ships carrying such substances. Unlike oil, most chemicals or noxious liquids will mix with the water and are not easily separated from it. The chief principle of Annex II is to dilute the cargo residues in the seawater to prescribed limits depending on their pollution hazard and facilitate the distribution of discharges by utilizing the wake of the ship. The discharges are required to be made below the water line and in such a way that the water/residue mixture is retained in the ship boundary layer and carried aft when en route to be distributed by the wake astern.

The four categories are:

1.Category X: Noxious Liquid Substances are substances which, if released into sea from the tank cleaning or others operations, are deemed to present a major hazard to either marine resources or human health &, therefore, account for the prohibition of the discharge into the marine environment;

2.Category Y: Noxious Liquid Substances which, if discharged into the sea from tank cleaning or deballasting operations, are deemed to present a hazard to either marine resources or human health or cause harm to the amenities or other legitimate uses of the sea & therefore justify a limitation on the quality and quantity of the discharge into the marine environment;

3.Category Z: Noxious Liquid Substances are those substances which, if released into sea from the tank cleaning or deballasting operations, are deemed to present a minor hazard to either marine resources or human health & therefore justify less stringent limitations on the quality & quantity of the discharge into the marine environment; and

4. Other Substances: Other substances which are assessed & found to fall outside Category X, Y or Z because they are considered to present no harm to marine resources, human health, amenities or other legal uses of the sea when released into sea from the tank cleaning of deballasting operations. The release of the bilge or ballast water or other residues or mixtures containing these substances are not subject to any requirements of MARPOL Annex II.

Discharge of Residues of category X:

For the ships constructed on or after 1 January 2007 the maximum allowed residue in the tank and its associated piping left after discharge is set at a maximum of 75 litres for products which comes in the categories X, Y & Z (Previous limits which set a maximum of 100 or 300 litres, depending on the product category).

Roughly 15% of the goods carried as cargo are dangerous goods. Annex III which came into the force on 01.07.1992 consists of conditions for the safe handling of the packaged substances that represent a serious risk to the environment, as well as guidelines for identification of harmful substances.

Chemicals which are transported in the packaged form, in solid form or in bulk are regulated by Part A of SOLAS Chapter VII – Carriage of dangerous goods, which includes provisions for the classification, packing, marking, labelling & placarding, documentation & stowage of dangerous goods.

Both SOLAS & MARPOL refer to the IMDG(nternational Maritime Dangerous Goods Code), which was developed by IMO as a uniform international code for the transport of dangerous goods by sea.

Marine pollutants according as per the IMDG code are dangerous goods with properties adverse to the marine environment, e. g.:

The regulation consists of requirements for the surveys & certification of sewage systems and impose operational restrictions regarding sewage discharge. Annex IV in forced from 27 September 2003

The revised Annex applies to ships, engaged in international voyages, of 400 gross tonnage(GT) & above or which are certified to carry more than 15 persons.

Sewage which are not comminuted or sterilized can be discharged at the distance of more than(>)12 nautical miles from the nearest land when the ship is en route & proceeding at not less than(<) 4 knots, & the rate of discharge of untreated sewage shall be approved by the administration.

Currently, the Baltic Sea area is the only Special Area under Annex IV.

Garbage means all kinds of victual, domestic and operational wastes generated during the normal operation of a ship and liable to be disposed of on regular basis or periodically. It does not include fresh fish & parts thereof or sewage.

The special areas established under Annex V are:

Garbage Management plan(GMP) should be developed according to the guidelines of IMO & includes written procedures for minimizing, collecting, storing, processing and disposing of garbage, including the use of the equipment on board (regulation 10.2). The garbage management plan should assign the person responsible for the plan and should be in the working language of the crew.

MARPOL, the International Convention for the Prevention of Pollution from the Ships, is concerned with preventing marine pollution from ships. Annex VI of MARPOL addresses about air pollution from ocean-going ships. The international air pollution requirements of Annex VI set limits on nitrogen oxides (NOx) emissions & require the use of fuel with lower sulphur content, protecting people’s health and the environment by decreasing ozone producing pollution, which can cause smog and aggravate asthma.

Basically the code covers the following

Every ship of 400 GT and above

This regulation shall apply to-

Disclaimer: Data in the article have been sourced from available information in the internet from different sources.