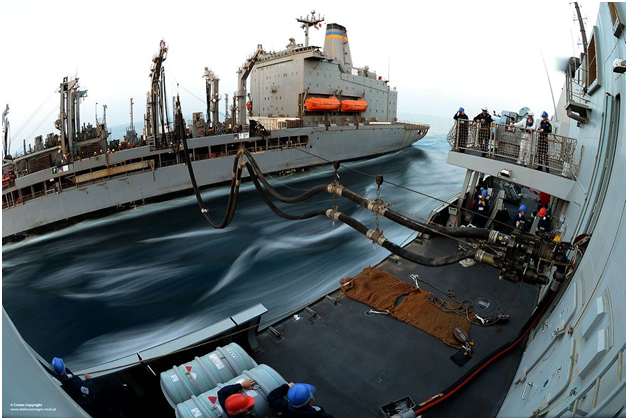 Q How will you repair the coating in FWG & what coating is there on FWG?

Ans– The internal of the Fresh Water Generator is coated with 2 layers of Nordtec Ceramic 2212 FDA (Food grade coating). It is developed for Freshwater generators. It is designed as an abrasion resistant and fluid flow ceramic coating. It coating is reinforced with ceramic and carbide particles to obtain a high level of abrasion and erosion resistance and physical, mechanical strength.

The outside of the Fresh Water Generator, is primed and coated with two component paint.

Q What will be your action in case your FWG production reduced?- direct from manual- printed file

Osmosis- During natural osmosis, water flows from a less concentrated solution through semi permeable membrane to a more concentrated saline solution until concentrations on both sides of the membrane are equal.

Dosage- 5mg/ltr- inhibits precipitation of calcium carbonate. 10 micron cartridge filter used to reduce suspended solids in the membrane. Feed often heated to 40°C to improves output but most systems are designed for 25°C.

Sterilization by chlorination & to overcome flat taste soda ash can be used.

Reverse Osmosis Membrane: A reverse osmosis membrane has a thin microporous surface that rejects impurities, but allows water to pass through. The membrane rejects bacteria, pyrogens, and 85%-95% of inorganic solids. Polyvalent ions are rejected easier than monovalent ions. Organic solids with molecular weight greater than 300 are rejected by the membrane, but dissolved gases pass through.

Before purification TDS (total dissolved solid) allowed for this system is 45,000ppm and after purification it will be 300-1000 ppm. Material for reverse osmosis membrane is poly-sulphonate & polyamide.

Q What is steam trap and its use.

Ans– Steam traps are a type of automatic valve that removes condensate (i.e. condensed steam) and non-condensable gases such as air without letting steam escape. Steam traps are used to make sure that steam is not wasted. So basic function of steam trap is to trap the steam and remove the water & air. There are 3 basic principles on which steam trap works: Thermostatic, Density & Thermodynamic.

Thermostatic– Based on temperature of the 3 fluids. It opens for the cold fluid and close for the hot fluid. So for steam- hot fluid the thermodynamic element will expand and close the trap and hence trap the steam whereas for water (condensate) and air the thermodynamic element contracts and gets open to remove the condensate and air. Types are- Balanced pressure, expansion and bi-metal traps.

Density– Mechanical steam traps- Based on the difference in density of 3 fluids. It opens for higher density fluids (condensate & air) and closed for the lighter density-steam. Types are- Lever float, Free Float, Open Bucket & Inverted Bucket.

Q For What Purpose are Steam Traps Installed?

Ans- Steam is formed when water vaporizes to form a gas. This is done by giving latent heat of vaporization to water. By this water will convert into vapor. When the work is done (i.e. steam has given up its latent heat), steam condenses and becomes condensate. Now the condensate will not be able to work same as the steam. So now the thermal efficiency will reduce as efficient steam is mixed with the condensate.

Q What is priming in boiler?

Ans- Priming in boiler is the carryover of varying amounts of droplets of water in the steam. It lowers the energy efficiency of the steam and leads to the deposit of salt particles on the super heaters and in the turbines.

Causes of priming in boilers

When this boiler water carryover is excessive, steam-carried solids produce turbine blade deposits. These conditions often lead to the super heater tube failures. Priming is related to the viscosity of the water & its tendency to foam. These properties are governed by the alkalinity, the presence of certain organic substances & by total salinity or TDS. The degree of priming also depends on the design of the boiler & its steaming rate.

Prevention of priming of the boiler