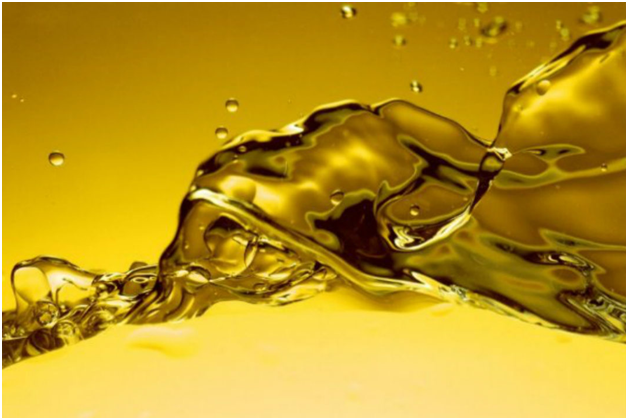 Composition of the lubricating oils

Lubricating oil fractions extracted from crude oil are a widely varying mixture of the straight & branched chain paraffinic, napthenic aromatic hydrocarbons having boiling points ranging from about 302°C to 593°C. Some special lubricants may have boiling point extremes of the 177 & 815°C. The choice of grade of the lubricating oil base is determined by the expected use.

Properties ideal for the bearings

Properties ideal for the gear case

The thicker the oil film the greater the cushioning against shocks. Also less tendency for the pit formation by the hydraulic action in cracks,

Compromise between the above two requirements

Improvements in the lubricating oil over the last 20 years have come about almost entirely from the use of additives.

These are added for 3 main reasons;

Antiwear improvers – protects rubbing surfaces operating with this film boundary lubrication. One such antiwear ( and oxidation inhibitor) chemical is Zinc dithiophosphate or ZDDP

Detergent – tend to neutralise the deposits before formation under high temperature & pressure conditions, or as a result of using a fuel with high sulphur content. The principle detergents are soaps & alkaline metals, usually calcium (often referred to as ‘metallo-organic compounds’). They are generally ash forming & spent additive will contribute to the insolubles loading of the used oil. It should be noted that additives which do not burn cleanly without ash tend to be avoided for the use with Cylinder Lubricating Oils.

Dispersant –  Generally used to disperse or suspend the deposits forming contaminants. Typical dispersants, such as polyesters & benzlamides, are usually clean burning. The molecules have a polar charge at one end which attracts & holds the deposits

Alkaline agents – neutralises acids, these form the TBN of the oil & includes additives such as the above dispersants & detergents. An excess of the acid neutralising alkalis are present in the oil & these help to keep parts clean. Failure to keep an oil alkaline can lead to damage to the bearings due to acidic attack as well as increased liner wear.

Viscosity Improvers – an additive that helps in improving the viscosity index of the oil. I.e. reduces the effect of temperature on the oil. Shear stability property is measured indicating the effect of high rates of shear on the Viscosity improver as the improver molecules are broken down into smaller molecules.

Oxidation degrades the lube oil producing sludges, varnishes & resins. Presence of the moisture, & some metals particularly copper tend to act as a catalyst. Once oxidation starts, deterioration of the properties of the oil is fast.

When recharging no more than(>) 10 % of the working charge should be topped up due to the heavy sludging that can occur due to heavy precipitation of the sludge.

The presence of an emulsion can be detected by the general cloudiness of the sample. Salt water emulsifies very easily & should be avoided.

Water entrained in the oil supplied to a journal bearing can lead to loss of the oil wedge, rub & failure.

Fresh water contamination whilst not in itself dangerous can lead to the rusting. The iron oxides catalyses the oil to form sludge’s. The additives in the oil can leach out to change the water into an electrolyte.

Salt water contamination is very dangerous as it causes tin oxide corrosion, & also leads to electrochemical attack on the tin matrix in the white metal. The sea water act as then electrolyte.

A major problem of water within a lube oil is where the mix enters a bearing, here it is possible for water to be adiabatically heated causing it to flash off collapsing the oil wedge.

Stresses on the Lube oil

Acid Stress- Caused by the sulphuric & oxidation acids. This leads to an increased corrosive wear, deposits, reduced Base Number & shorter oil life. Rapid depletion of the BN is the clearest sign of the oil stress

Thermal/Oxidative stress – This caused by the elevated temperatures leading to an increased rates of the thermal/oxidative breakdown of lubricant & the fuel. This leads to increased levels of the deposits, sludges, corrosive wear of bearing material, oil thickening & reduced oil life. In addition deposits on the under crown side of the piston can lead to an increased hot corrosion on the piston.

Asphaltene Stress – This is caused by the fuel contamination of the lube oil & can lead to increased levels of deposits, sludges, lacquers, oil thickening & reduced oil life. In addition deposits on the under crown side of the piston can lead to the increased hot corrosion on the piston.