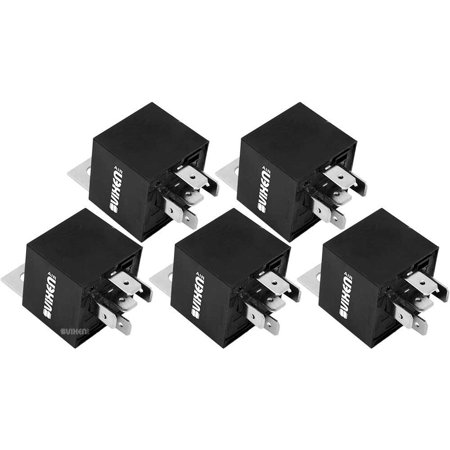 A relay is an electrically operated switch that responds to change in voltage and current in one circuit, making or breaking contact in other circuit.

A switch is a mechanically operated circuit interruption device. It’s a “ON” an “OFF” type thing.

A switch is an electrical device that is used for making and breaking the connection in an electric circuit, for the purpose disrupting the current or diverting it from one conductor to another.

Under high loads or voltages, or dangerous can form when the switch is opened or closed.