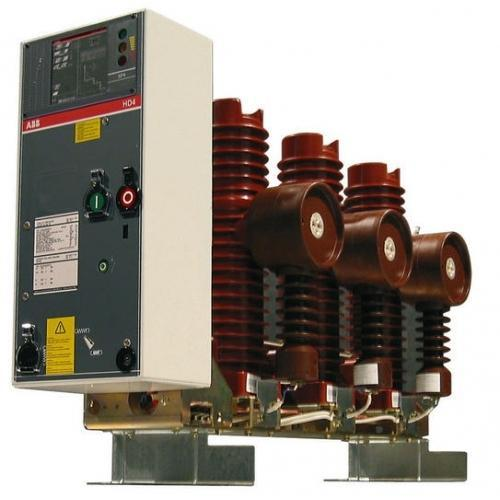 A circuit breaker in which the current carrying contacts work in the sulphur hexafluoride or SF6 gas is known as an SF6 circuit breaker. SF6 has magnificent insulating property. SF6 has high electro-negativity. That means it has high affinity to absorb free electron. when a free electron strike with the SF6 gas molecule, it is absorbed by that gas molecule & forms  negative ion. The addition of the electron with the SF6 gas molecules may take place in two different ways, These negative ions clearly much heavier than a free electron & therefore over all flexibility of the charged particle in the SF6 gas is much less as compared with the other common gases. We know that the mobility of charged particle is majorly accountable for conducting current through a gas. Hence, for heavier & less mobile charged particles in SF6 gas, it gets very high dielectric strength.

Not only the gas has the good dielectric strength but also it has the unique property of fast rearrangement after the source energizing the spark is removed. The gas has also very good heat transfer capacity. Due to its low gaseous viscosity SF6 gas can efficiently transfer heat by convection. So due to its high dielectric strength & high cooling effect SF6 gas is around 100 times more successful arc quenching media than the air. Due to these special properties of this gas SF6 circuit breaker is used in complete range of medium voltage & high voltage electrical power system. These circuit breakers are available for the voltage varies from the 33KV to 800 KV & even more.

The SF6 gas is recognized as the greenhouse gas, safety regulation are being proposed in many countries in order to prevent its release into the atmosphere. Puffer type design of SF6 CB requires a high mechanical energy which is around 5 times greater than that of oil circuit breaker.

During the closing of the circuit breaker, the sliding cylinder proceeds up & as the position of piston remains at the fixed height, the volume of the cylinder increases which establish low pressure within the cylinder compared to the surrounding. Due to this pressure difference SF6 gas from the surrounding will try to enter in the cylinder. The higher pressure gas will come from the axial hole of both fixed contact & enters into cylinder through vent & during this flow; the gas will quench the arc.