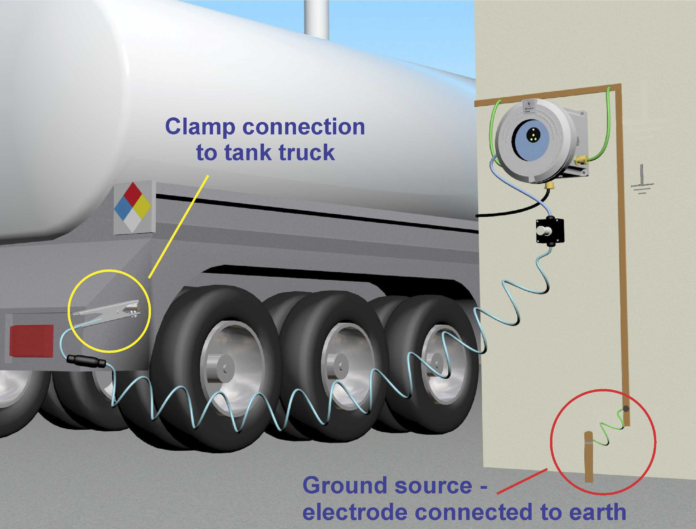 Static electricity is an variation of electric charge within or on the surface of a material. The charge remaining until it is able to move away by means of an electric current or electrical discharge.

A static electric charge is created whenever two surface contact and separate, and at lest one of the surfaces has a high resistance to electric current.

It is a stationary electric charge that is built up on a material.

Cause of static electricity

Materials are made of atoms that are normally electrically neutral because they contain equal numbers of +ve charges (protons) and –ve charges (electrons). The phenomenon of static electricity require a separation of positive and negative charges. When two different types of materials comes in contact then electrons may move from one material to the other, which leaves an excess of positive charge on one material, and an equal negative charge on the other. When the materials are split they retain this charge imbalance.

Static electricity is produced by friction that occurs between different materials during relative motion. Electrostatic charges can then accumulate in materials. Which are bad conductors of electricity or which are good conductors but are insulated.

If the two bodies which are having stored static electricity charge are brought close together, and if the difference of potential is great enough, the accumulated charge will jump between them.

Static electricity may happen on tankers because of:

When a non-bonded projecting object, introduced into the tank, can become a potential electrode or spark protection, collecting the charge from the liquid. When close enough to an earth the spark promoter instantaneously release its change in a spark through the atmosphere of the tank.

Such a spark will almost certainly have enough energy to ignite a flammable vapor.