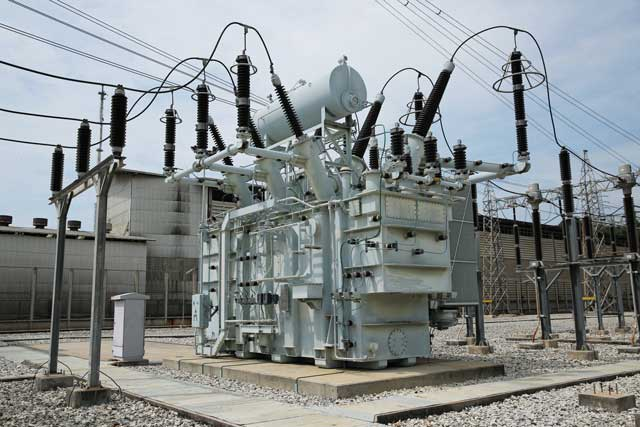 Transformer is an electrical instrument that can transfers the electrical energy between two or more circuits through electromagnetic induction. Commonly, transformers are used to increase or decrease the voltage of a alternating current in electric power application.

Transformer can thus be designed to efficiently change AC voltages from one voltage level to another within power networks.

Eddy current loss and hysteresis loss rely on the magnetic properties of the material used for the construction of core. Hence these losses are also called as core losses or iron losses.

Hysteresis loss is because of reversal of magnetization in the transformer core. Hysteresis loss depends on the volume and type of the iron, frequency of magnetic reversals and value of flux density.

In transformer AC current is given to the primary winding which sets up alternating magnetizing flux links with secondary winding, it produces induced emf in it. Some fraction of the flux get connected with other conducting parts like steel core or iron body or the transformer, which will result in induced emf in those parts, causing small circulating current in them. This current is called as eddy current. Because of these eddy currents, some energy will be dissipated in the form of heat.

I0 = No load current

Copper loss is because of ohmic resistance of the transformer windings. Copper loss depends on load and is a variable loss

Copper loss is proportional to square of the current, and current depends on the load.

Why transformer rating in KVA

Copper loss of transformer depend on current and iron loss on voltage. Hence total transformer loss depends on voltage Amp. (VA) and not on phase angle formed between voltage and current i.e. it is independent of load power factor. Because of this reason rating of transformer is in KVA not in kw.

The load bearing capacity of a transformer varies in accordance with the power factor and thus kw is not a stable rating.

On the basis of construction

on the basis of cooling