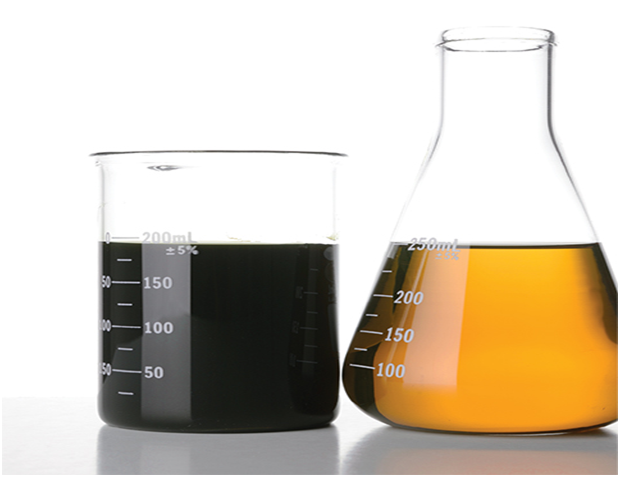 Q. Explain salient features of the guidelines. With reference to the Fuel oil analysis report, describe relevant corrective actions which can be initiated against various adverse observations in it.

iii. If received bunker density is greater than the specified limit in RMG grade, then it is preferred to de-bunker it unless vessel has ALCAP purification system

iii. Increased viscosity is not a problem unless vessel has got sufficient heating arrangements. Analysis report will show the correct amount of temperature to which the fuel  be heated to maintain the viscosity as prescribed by the engine manufacturers.

i. It is now guided by the statutory requirements.

ii. Sulphur will burn to generate sulphur oxides (SOx) which may be converted to corrosive acids under certain conditions (low temperatures) & cause corrosion to low temperature zones (“cold corrosion”)

iii. If the value comes more than maximum specified by the regulation, bunkers will need to be debunker.

iv. However, if the sulphur content comes too low then correct grade of CLO will have to be used to avoid cold corrosion or alkaline deposits on the piston top land.

v. Selection of cylinder oil depending on the sulphur content of the fuel oil.

ii. The main problem with cat-fines are that they are not always evenly distributed and sometimes are accumulated in sediments. They are very difficult to remove as they are attracted to the water droplets.

iii. Exceeding the level of Al+Si of 15 mg/kg at the engine’s inlet may cause excessive wear of the components in the combustion chamber (piston grooves, piston rings, cylinder liners) & of the fuel injection equipment (fuel pump plunger & barrel, fuel injection valves)

iv. To minimize the cat-fines key feature is to remove them by separation in separators. For that try to maintain the purifiers according to the manufacturer’s recommendation.

v. Ensure that separation is being carried out efficiently by minimizing the feed and optimizing the temperature. Thorough separation required even if bunkered fuel within specification cat fines settle in the tank and may be supplied to the FO system during rough weather

viii. If accelerated cylinder liner wear (>0.1mm/1000 hrs), take replica imprints for the microscopic examination, to assess whether cat fines are embedded (Up to 200 ppm of Fe) embedded is in the liner is normal.

iv. However serious problems arise if the water content is sea water. It becomes more serious because of the sodium content in the sea water. Sodium with the vanadium in 1:3 can cause high temperature corrosion.

v. It is recommended to remove the water content by the centrifuge separation, giving sufficient setting time in settling tanks,

vi. Sufficient heating in settling tanks and by frequent draining of the settling/service tanks.

iii. Ash removal is recommended by frequent cleaning of the parts. Turbochargers should be regularly dry washed or wet washed.

iv. Boilers should be frequently soot blown and cleaned with water.

ii. Vanadium is not a major problem in itself, but it becomes an issue when accompanied by high levels of sodium.

iii. No practical methods for removing vanadium onboard a ship

iii. Unlike vanadium, sodium can be removed by water removal (centrifugal treatment and settling)

ii. CCAI is not determined by a specific testing method, but calculated with a specific formula on the basis of density and viscosity

iii. CCAI between 850 and 860 would render better fuels. Residual fuels having CCAI higher than 870 are often problematic.

CCAI gives the Ignition delay for fuel & accordingly manufacturers give a limit to this for their engines.