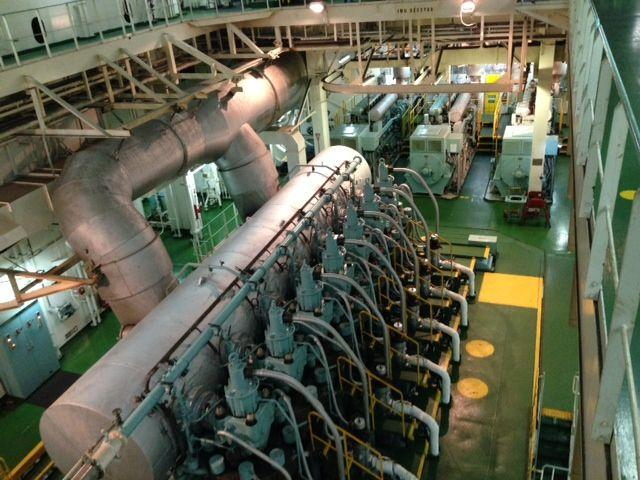 The lows peed marine two-stroke engine development process is characterised by a few particularities such as decentralised production, the sheer size of the engines, broad use of HFO and the volatility of the shipping business as a whole, which constitute important boundaries for the engine designer. Still, the overall process follows a few familiar steps found in the development of any product:

Throughout the development, the engine designer is presented with numerous concept, design and material choices, which need to be decided upon based on input from all customers: the vessel owner, who ultimately chooses the vessel and frequently influences the engine type, the shipyard, which specifies the engine type and configuration and the engine builder (licensee), who procures/manufactures the parts and assembles the engine. The most basic choices are concentrated in the thermodynamic layout and the layout of the powertrain, which determine the size and design of the combustion chamber and the cylinder distance respectively, affecting consequently the whole engine. Subsequently, the engine structure concept is chosen and the design is iterated and refined in steps with all peripheral parts such as hot parts, scavenge system, fuel injection and hydraulics, and ancillary systems such as platforms, piping and electrical components. The whole engine is then subject to several checks, such as vibrations analysis, component and system tests, before a prototype is built and tested on test bed and later in a vessel. The result is today’s modern two-stroke Diesel engine.

THE NEXT GENERATION TWO-STROKE ENGINES

The major trend shaping today’s marine engine business and the requirements for the next generation of engines is the development of the fuel and gas prices. With crude oil prices at record low levels and no significant indication of a reversal of this trend, there is likely to be less imminent pressure on fuel consumption and multi-fuel compatibility in the near future. However these requirements are still expected to remain a medium to long term trend. The second major influence are the climate change initiatives. At several instances in the recent past, leading to the United Nations conference on climate change in Paris in November 2015, it has been made increasingly clear that more stringent measures need to be taken to decelerate global warming, a tendency that is bound to affect the shipping industry with more stringent emissions legislation in the near future.

For these reasons, the next generation of marine Diesel engines are likely to feature, among other:

The rate of adaptation of such technologies, and consequently the rate of evolution of marine two-stroke engines, is dictated by trends in the marine business (market pull) and technology developments in other segments which can be adopted on the marine engines. In any case, the modern two-stroke Diesel engine, in a form akin to the current state-of-the art design, is very likely to survive the challenges of the next decades and remain the prime mover of most cargo vessels in the world in the long term.