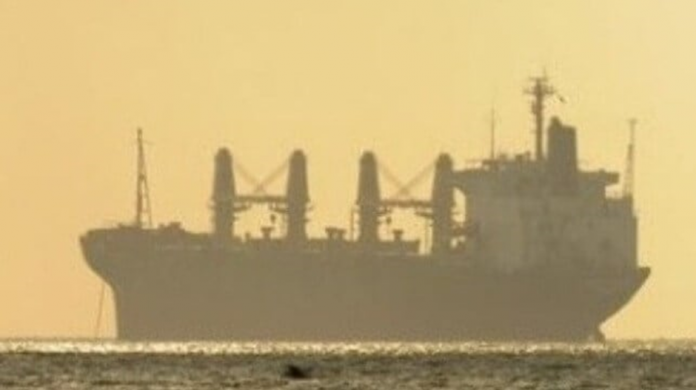 The owner and operator of a bulker registered in the Marshall Islands were sentenced and fined after pleading guilty in a March 2021 MARPOL case at the Port of New Orleans. The Department of Justice said the case was part of its ongoing enforcement of environmental regulations. While the companies had pleaded guilty, the U.S. was unsuccessful in its prosecution of the ship’s chief engineer.

The Department of Justice said Thursday (January 19) that Empire Bulkers and Joanna Maritime, two related companies based in Greece, were each fined $1 million and ordered to serve four years probation for “committing knowing and willful violations of the Act to Prevent Pollution from Ships (APPS) and the Ports and Waterways Safety Act.”

The case stems from a March 2021 inspection of the vessel in New Orleans when U.S. Coast Guard discovered the violations during a routine port inspection. The Joanna, a 33,717 dwt bulker, arrived in the United States on March 3, 2021, and traveled approximately 100 miles up the Mississippi River to the Boone Carre anchorage where the Port State Inspection took place.

The inspectors charged that required pollution prevention equipment, the vessel’s oily water separator, had been tampered with to allow fresh water to trick the sensor designed to detect the oil content of bilge waste being discharged overboard. They also charged that the ship’s oil record book, a required log presented to the U.S. Coast Guard, had been falsified to conceal the improper discharges. During the same inspection, the Coast Guard inspectors by following a trail of oil drops also discovered an unreported safety hazard. They found an active fuel oil leak in the engine room at the pressure relief valves on the fuel oil heaters, a critical safety device necessary to prevent explosion, that they charged had been disabled.

In pleading guilty, the defendants admitted that the plugging of the relief valves in the fuel oil purifier room and the large volume of oil leaking from the pressure relief valve presented hazardous conditions that had not been immediately reported to the Coast Guard in violation of the Ports and Waterways Safety Act.

The operation of the oily water separator had been at the center of the case against chief engineer Warlito Tan, Jr. of the Philippines who was indicted on four felony counts of violating the Act to Prevent Pollution from Ships (APPS), violating the Ports and Waterways Safety Act, Obstruction of Justice, and Obstructing a Coast Guard Investigation.

A jury in the U.S. District Court for the Eastern District of Louisiana heard testimony in November 2022 from fourteen witnesses over the course of seven days according to Tan’s lawyers Most & Associates. Tan testified in his own defense and according to his lawyers explained to the jury that at all times he believed he was properly operating the oily water separator on board the vessel and that he never knowingly made any inaccurate entries in the oil record book. The jury returned a unanimous verdict finding Tan not guilty on all four felony counts against him.