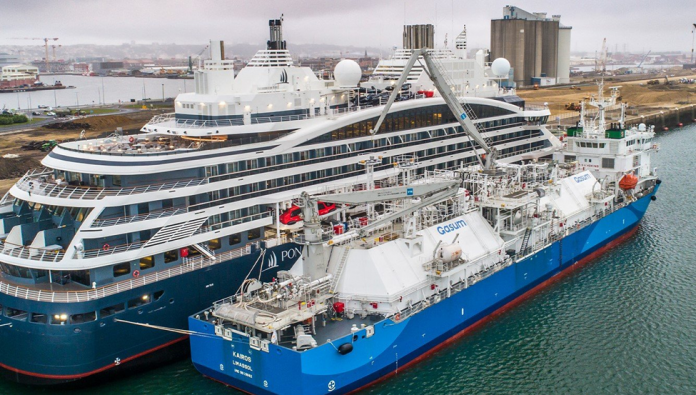 Pavilion Energy, Gasum, and CNOOC Gas and Power Group have signed a Heads of Agreement (HoA) for strategic collaboration to strengthen a global LNG bunker supply network for their customers in the world’s top three bunkering regions, namely Singapore, North West Europe, including Amsterdam, Rotterdam, and Antwerp, as well as China coastal areas.

The companies said that the agreement will allow the three parties to leverage one another’s local expertise, strong logistics capabilities, and in-depth experience in LNG bunkering operations to boost efficiency, and operational flexibility of LNG bunker supply across global supply points.

The HoA aims to establish central links across the West and East in key LNG-bunker-ready ports that include the Baltic and North Sea ECA (North West Europe); key Chinese ports such as Shenzhen, Guangzhou and Ningbo; as well as Singapore.

This deal follows an extension of Pavilion Energy’s partnership with Gasum sealed in October 2020 to develop an LNG bunker supply network for their respective customers in Singapore and Northern Europe.

The companies added that CNOOC’s latest participation in the platform would boost the industry alliance and further encourage the uptake of LNG as a cleaner marine fuel.

“Pavilion Energy is very pleased to deepen our cooperation with Gasum and at the same time, for the opportunity to also collaborate with another world-class partner CNOOC, to complement our existing networks,” Alan Heng, Group CEO of Pavilion Energy, said. “The synergies of our operations will further facilitate customers’ access and demand for efficient, competitive, and optimised LNG bunkering solutions.”

Pavilion Energy is a pioneer in developing LNG bunkering for the maritime industry in Singapore, and the latest partnership agreement comes on the heels of a naming ceremony held on 4 October for its first dedicated LNG Bunker Vessel Newbuild – the Brassavola – and currently Singapore’s largest LNG bunker vessel for use in the Port of Singapore. The ship is slated for operation early next year.

Mika Wiljanen, CEO of Gasum, said that the deal would not only expand the company’s geographical reach and broaden its offering but that it also serves as an excellent example of the kind of global collaboration that is needed to achieve a carbon-neutral future.

As the biggest distributor of LNG in Northern Europe, Gasum is strengthening the position of LNG in North West Europe and the Nordics, in accordance with the EU strategy for LNG. In 2021 Gasum performed over 1,300 ship-to-ship and truck-to-ship deliveries of LNG through its complete value chain.