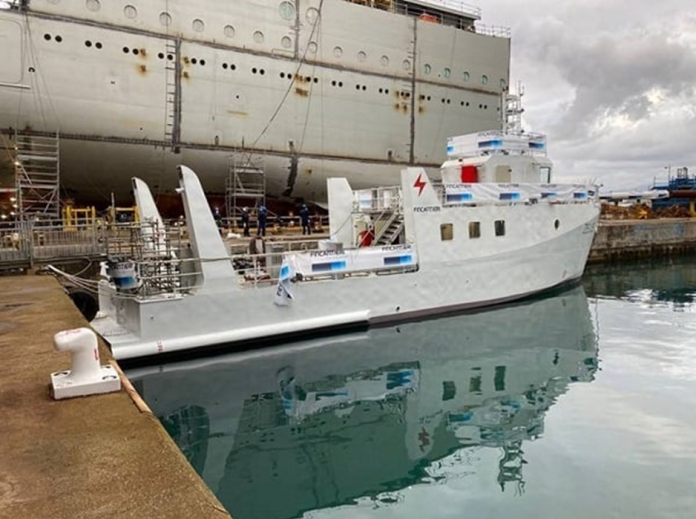 A prototype ship named ZEUS (Zero Emission Ultimate Ship) with hybrid propulsion has been classed by the Italian classification society RINA, becoming its first ship capable of running on hydrogen.

The vessel was developed as part of the research project named Technologies with Low Environmental Impact for the production of energy on naval vessels (TecBIA), which is being implemented by Italian shipbuilder Fincantieri and is co-financed by the Italian Ministry of Economic Development. The project aims to validate the sustainability of fuel cell technology for naval applications through the construction of the prototype ship.

The aim of the research is to find sustainable and low-environmental impact solutions for cruise ships, mega-yachts, ferries, and oceanographic research vessels that cut emissions of greenhouse gases, nitrogen oxides, sulfur oxides, and particulate matter.

About 25 meters long and weighing about 170 tons, ZEUS’s primary objective is that of being a floating laboratory to study fuel cells, and electrochemical conversion devices, which generate electricity and heat without thermal combustion. The ship is equipped with a hybrid propulsion system consisting of two diesel generators and two electric motors. In addition, there is a 144-kW fuel cell system, powered by about 50 kg of hydrogen contained in metal hydride cylinders, and a lithium battery system.

According to RINA, the project confirms that the use of hydrogen is a possible solution, especially for short-sea applications, to produce the required propulsion energy with no CO2 emissions.