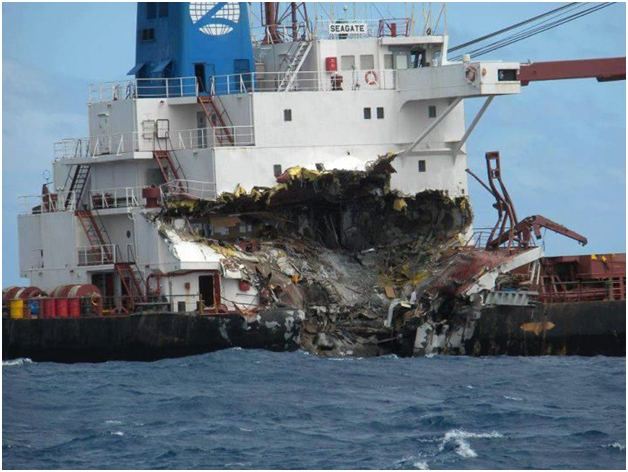 Q. How does Indian Administration conducts inquiries and investigations into shipboard casualties on foreign ships visiting its ports.

a. Elaborate with the mention of relevant international codes and relevant sections of the MS ACT 1958.

c. What does the Marine Safety Investigation report consists of and how is it relayed to the IMO by member state responsible for conducting this investigation.

a) Definition of shipping casualty

2. Deputy conservator of major port – when casualty within the docks or if the ship belongs to the port or where pilot is on board

3. Port officer of minor port – any casualty involving sailing vessels and fishing vessels or involving ships with in port jurisdiction

Send report to central govt. with one or more of the following recommendations

a) No further action

b) Warning to defaulters

Circumstances for ordering FI or CI

If central government believes that there are grounds for charging the officer as stated above without conducting a FI, then it may submit a case to the court for conducting a CI. This will apply only if the officer holds—

Procedure for FI and CI

b) Article of agreement

1. This agreement between employer and the seafarers is subjected to the condition that seafarers will serve in capacity/rank on wages indicated with other terms on employment as CBA

2. This agreement shall be serving in the area and for the period as agreed as CBA

3. The seafarer will be supplied with provisions not less than what is provide in the M.S.act /CBM which is higher

4. It is agreed that the rights, duties and the terms of employment of seafarers and the obligations of the ship owner as per ILO conventions ratified by India