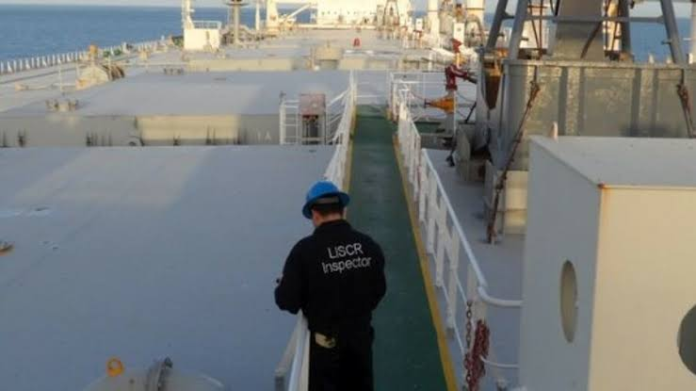 Action a PSCO may put on a ship with deficiencies are:

Deficiencies can be corrected within 14 days for minor violation

1. Under specific conditions, deficiencies can be rectified when the ship arrives at the next port

2. Deficiencies must be rectified before the ship can depart the port;

3. Detention of the ship

Contract being discharged under detention

Ships visiting to port are generally under a some kind of contract, chartered or responsible for carrying goods as the carrier. Detention means the ship & the cargo would not be able to complete the contract what is agreed. Ships under detention cannot resume the voyage & arrive at the destination port as specified in the contract in the specific time allocated in the contract. As a result of detention the contract is discharged, & it may or may not be discharged by frustration.

Discharged by frustration for being out of control

A voyage contract may be discharged by frustration if the ship is out of control of the party involved in the contract.

According to the Texas Company v. Hogarth Shipping Corporation a voyage charter is carrying out in 1915 while the British government take control of the vessel when the vessel is in the British waters. This request resulted in another vessel being chartered to complete the contract. The court held that the original contract is being frustrated as the original vessel is out of control of the party involved.

This case shows that the contract may be discharged by frustration while the control of the vessel is under control of a third party which has no relation with the contracted parties.

The contract can be discharged by frustration if the detention lasts longer enough so that the frustration doctrine to be applied. In Jackson v Union Marine Insurance Co. the contract is sustained frustrated. When the vessel went aground & need a time of 8 months to repair the ship, the delay is long enough, the cargo can be transported by the another charter in a much shorter time. The length of the delay is long enough to evoke the frustration doctrine.

The contract should not be discharged by frustration if it is caused by the self-induced detention.

Criteria for detaining a ship by PSCO

The main basis for the detention is that the ship is considered unsafe to proceed to the sea & that the deficiencies on a ship are observed serious by the inspector. These deficiencies must be corrected before the ship may sail again. In the annual report of the Paris MOU, it stated that the major deficiencies are:

These deficiencies are the most common affair of the PSCO. When these deficiencies are clearly dangerous to safety, health, or the environment, the PSCO would require the risk to be corrected before the ship can sail or hold up the vessel or even issue a formal ban on the ship to operate. As these defects are self induced by the ship owner detention under PSC for the basis listed above is not able to reach a frustration to discharge the contract on the vessel.

The contract cannot be discharged by frustration if the time under detention is not too long to enrage the frustration doctrine.

PSC requirement upon detaining a ship

The PSC needs a ship being detained to correct the defects which caused the detention. If the defects cannot be corrected in the port of inspection, the port state would permit the ship to proceed further to another port under special condition. The ship become free of detention only when all the fine induced by the inspection & detention is paid by the ship owner.

No party wants a long detention

Logically, both the port state & the ship owner don’t want the ship to be hold up for a long time. For the port state, the danger of the ship might influence the condition of the port, & the shipowner knows that the vessel can only make money when it is sailing. Neither party would have the motive to keep the vessel being detained for long period of time. Therefore, the time of detention is usually not long enough to cause the detention doctrine to discharge a contract.