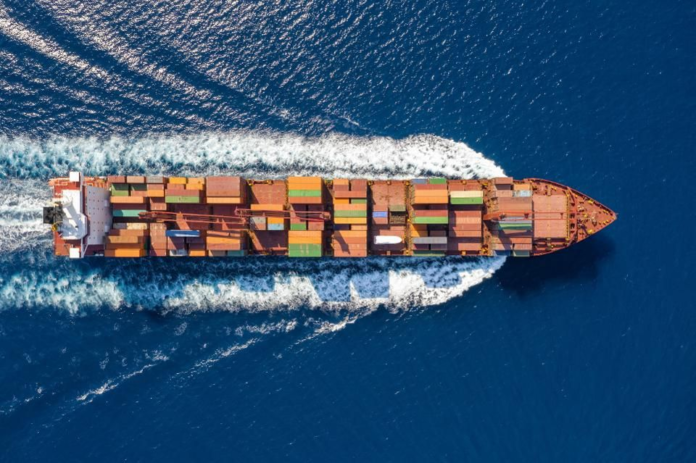 Out of the total operational costs of a ship, fuel costs account for by far the highest proportion. In view of the global economic situation and the rising oil prices, shipowners and charterers are looking for solutions to cut costs by reducing fuel consumption. Low load operation, also well-known as “slow steaming”, represents the currently most effective and popular measure to cut fuel costs and, in consequence, the total operational costs for increased competitiveness in the market.
Low load operation down to 10-20% MCR is possible with MAN B&W engines and there is an increasing trend to operate in these very low engine load ranges. As the engines were not designed for this operational
profile, various retrofit modifications to the engine can compensate for this.

Benefits from slow-steaming upgrades
Apart from running at part-load, there are a number of ways to further increase the financial benefit from slow steaming. These measures enable reductions in fuel and lubricating oil as well as an improved engine
performance, adding significant further gains to the annual savings achieved by slow steaming itself.
Such solutions are:
– Turbocharger cut-out
– Slide fuel valves
– Alpha Lubricator upgrades
– Engine derating with the option of new propeller
design.

Operating principle
Reducing speed is the most effective measure to reduce fuel costs. However, at low load, the turbochargers are operating below their optimal range. This has an adverse effect on their running performance, which limits the potential fuel oil savings. On engines with two or more turbochargers, this can be overcome by installing a turbocharger cut-out. Thereby, the performance of the remaining turbocharger(s) will be improved from running at higher revolutions, which again reduces the fuel oil consumption further. The solution with swing gates offered by MAN Prime-Serv gives the operator the option of disengaging one
of the turbochargers for low load operation whenever
needed. This flexibility allows optimised turbocharger
efficiency at both part and full load.

Fuel oil savings potential
Depending on how the individual engine was designed, substantial SFOC savings can be achieved by installing a turbocharger cut-out. The relative savings stated below are based on the latest experience from engines in service and should be seen as a guideline.

Operating principle
The slide fuel valve reduces the amount of soot and gives better combustion properties. This is achieved with a more advanced design that eliminates the sac volume in the past types. The spray pattern of the fuel is also further optimised leading to an improved and more complete combustion process. This results in less deposits throughout the gas ways and a reduction in overall emissions. The visible smoke level is also greatly reduced as a result of the improved combustion. The need for maintenance is reduced with the cleaner gas ways, and testing procedures are simpler thanks to the improved design.

Reception in the shipping world
Slide fuel valves are now standard on new MAN B&W engines but are also considered a must-have among most shipowners and operators for older engines.

Scope of delivery
The Alpha Lubricator upgrade comprises a new MCU, the latest software, and new improved lubricators either as complete lubricators or as kits, which can be used for newer unworn units.

Vessels designed around 2008 were designed for high service speeds. Many of these vessels are now becoming increasingly uneconomical in today’s slow steaming market. Derating offers the possibility of changing the specified maximum continuous rating (SMCR) to match the requirements of vessels expected to remain slow steaming.

Principle
Derating is the procedure of changing the rating (power and speed) of an engine. Choosing the optimum engine rating (or layout) is today, as standard, performed on new buildings in order to ensure that the required vessel speed is reached by an optimum combination of propeller and engine layout. In retrofit applications, derating is offered to ensure that the
engine rating (layout) is changed to meet the current ship speeds in today’s slow steaming market. Changing the SMCR of an already built engine (derating) permanently changes the performance of the engine
by limiting the power output and thereby the vessel’s maximum speed.