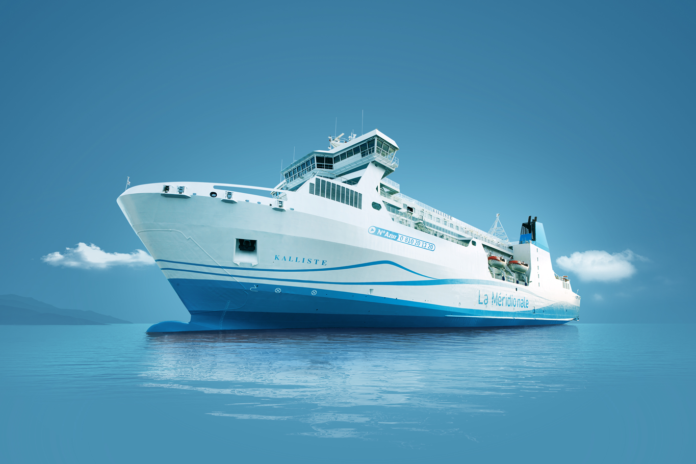 Modern two-stroke marine Diesel engines need to comply with the emission legislation of the International Maritime Organization (IMO). Regulations comprise limits for the emission for NOx and Sulphur Oxides (SOx) globally and more stringent limits inside Emission Control Areas (ECA). A detailed explanation of the regulatory framework can be found in Annex VI of MARPOL 73/78, Regulation 13 & 14 and in several publications.

SOx emissions, for a given fuel sulphur content, can be controlled by exhaust gas after-treatment based on scrubber technology, which has limited impact on the engine design. Alternatively, low sulphur fuels can be used. The increasing use of low sulphur fuels dictates an adaptation of the fuel injection, cylinder lubrication and the engine control systems to take into account different evaporation, ignition or lubrication characteristics of the fuel type.

The Tier II NOx emission limits, which came into force in 2011, can be fulfilled with optimisation of electronically controlled engines. By regulating the scavenging air pressure, the fuel injection parameters & the exhaust valve timing, the NOx limitation can be fulfilled without significant increase in SFC. On the other hand, the Tier III NOx legislation can hardly be achieved only by adjusting the combustion and injection-relevant control parameters without a substantial fuel consumption penalty. More economical solutions are exhaust gas after treatment (SCR), other internal measures (EGR) or the WinGD low-pressure Dual-Fuel (DF) technology, the effects of which to the basic engine design will be described below.

Currently, WinGD’s preferred solution for Diesel engines to comply with Tier III legislation is exhaust gas after-treatment based on SCR technology since it is technically the most advanced, proven and currently most cost efficient solution. The SCR reactor can either be mounted upstream or downstream of the turbine. In the Low-Pressure (LP) SCR system, the reactor is placed downstream of the turbine such that only minor modifications are required on the basic Diesel engine. However, the LP SCR has the disadvantage of the lower temperatures, pressure and density of the exhaust gases at the catalyst (which thus requires a different composition and/or heating of the exhaust gas). This leads to large reactor volumes and the risk of formation of ammonia sulphates, in particular for operation with high-sulphur fuels, since the temperatures are mainly below the dew point of ammonia sulphates.

The High-Pressure (HP) SCR requires more significant modifications on the engine since the reactor is located between exhaust gas receiver and turbocharger. In this configuration, higher temperatures before the TC reduce the efforts on the engine process and control to keep the temperatures above the dew point of ammonia bi-sulphate. Further, the higher density of the gas allows a more compact arrangement of the SCR system & reduced volumes of the reactor and the mixing devices.

The SCR system can be bypassed in order to enable the operator to switch between Tier II and Tier III modes when entering or leaving ECA. The required piping and the flow control valves are integrated in the engine design and supported by the engine structure, but the system itself is designed to be supported by the engine room walls and surroundings. The valves act as the interface between SCR and engine system, such that the vast forces induced due to the high pressure and the momentum change from flow redirections have to be included in the engine structure as well as on ship hull side. Additionally, the SCR reactor thermal capacity needs to be considered during transient operation as well as in the heating up phase to guarantee stable operation of the engine.

WinGD is currently also in the later stages of development of a fully integrated HP-SCR system, whereby the catalyst and all reactant injection and mixing equipment and all flow control valves are integrated on the engine. This configuration presents obvious space and arrangement challenges, since the reactor and mixing pipe need to be extremely compact in order to be placed below the exhaust manifold. Figure below shows such a system on a 6RT flex50B engine:

Another technology used by the WinGD to decrease the NOx emissions is High Pressure Exhaust Gas Recirculation (HP EGR). By recirculating exhaust gas into the combustion chamber, the heat capacity of the gas in the cylinder is increased and the oxygen concentration is reduced, thus reducing combustion temperatures and NOx formation. In order to reduce corrosion, mechanical damage and deposit formation, the exhaust gas has to be cleaned before it is mixed with the fresh charging air. Besides the exhaust gas cleaning device (scrubber), a cooler, a blower (to overcome the pressure gradient) and a water separator are required on the engine, such that these components can be integrated into the engine design and structure. Apart from the components installed on the engine, complex waste water and sludge treatment devices need to be integrated into the vessel system.

Despite the recent drop in liquid fuel prices, the increasing availability of gaseous fuels has made the latter attractive for application in the marine sector, even beyond the LNG carrier sector. On this basis, WinGD has decided to utilise their long-standing experience in the field of low-pressure dual-fuel technology on 4-stroke engines to develop a new product range of 2-stroke dual-fuel engines. These engines do not only enable the use of gaseous fuels but they are inherently compliant with the most stringent future emissions standards: NOx, SOx and particulate matter emissions.

The low pressure DF engine development has presented additional challenges to WinGD which have been duly overcome, such as:

By carefully integrating the above measures into the basic engine design, WinGD is able to offer its entire Diesel portfolio as DF-ready engines without major changes to the basic Diesel engine itself.

THE CHOICE OF EMISSION CONTROL CONCEPT

The choice of the right technology depends on several parameters such as the vessel type, trade routes (time share spent in and out of ECA), scenarios of fuel and urea price development and expected future industry trends. Whilst for LNG carriers the low-pressure DF engines are the obvious choice, for other vessel types equipped with Diesel engines the choice is by far more complicated. SCR and EGR systems are used primarily to achieve Tier III emissions limits; however both solutions can also be operated outside ECA to enhance the efficiency of the engine in Tier II mode. Also, DF engines can be used for the vessels other than LNG carriers running in gas mode within ECA & on liquid fuel outside ECA.

SCR systems require certain temperature levels to avoid the formation of deposits and to ensure an efficient conversion of NOx, hence the tuning for Tier III mode is adapted in such a way that the exhaust temperatures are above the required limits. In order to optimise the engine operating cost, the engine is tuned to lower SFC and higher engine-out NOx emissions, which are in turn reduced by the SCR to meet Tier III legislation. SCR systems are normally suited better to smaller engines, where a single catalyst of a moderate size can be used. There exist technical solutions for the very large catalysts & also for multiple catalyst configurations, but these introduce challenges such as structural & control issues respectively.

EGR leads, in principle, to a decreased scavenging efficiency of the engine. Nonetheless, the recirculation of residual gas also allows different tunings of the engine towards lower fuel consumption to compensate the scavenging effect of the EGR. EGR systems are generally better suited to large engines since the complexity of the scrubbing system may not be particularly suited to small engines. A simple version of EGR can also be used to increase power output and/or decrease SFC in DF engines, where no scrubber is needed as long as the EGR is only running in gas mode.

The choice of technology also depends markedly on the standpoint. For the vessel owner the initial & operating costs & the reliability are most relevant. Conversely, for the engine builder, the focus is on manufacturability, ease of assembly and initial cost including material and testing. For the shipyard, the best solution is one placed entirely on the engine so that both costs and technical responsibility are taken by the engine maker. Finally, the engine designer strives to achieve the best compromise of the above demands.