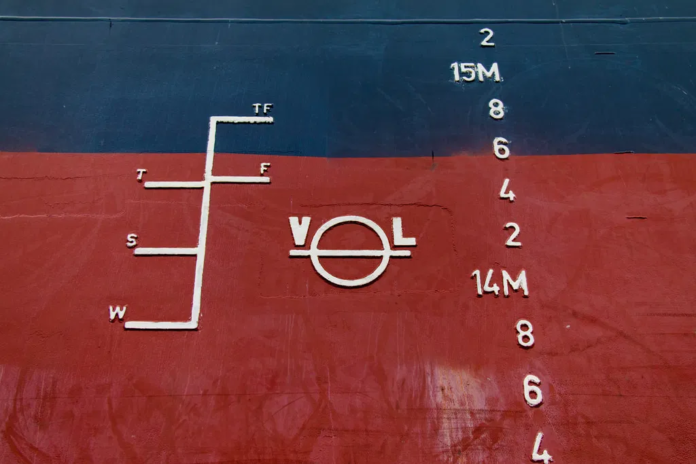 Load Line:- Load line is a special marking amidships which shows the draft of the vessel and the maximum permitted limit in distinct types of waters to which the ship can be loaded.

FREEBOARD:- Freeboard is the distance measured from the waterline to the upper edge of the deck plating at side of the freeboard deck amidships.

In the year 1930, the first International Load Line Convention came in to existence, after which, it was periodically amended until the latest one that happened in 2003.

With an increase in the freeboard:

There are two types of Load line markings:-

The load lines and freeboard deck line must be painted in white or yellow on a dark background, or in black on a light coloured background. The letters on both side of the load Line disc, indicating the assigning authority, should be 115 mm in height and 75 mm in width.

LR- Lloyds Registry based in the UK

2. Geographical location of the ship.

3. LBP(Length Between Perpendicular) of the ship, relative to a demarcation value of 100 m

All vessels must be issued with a load line certificate. The type of the certificate will depend upon the Assigning Authority as follows:

If the certificate issued is an International Load Line Certificate it shall be in the form prescribed by the 1966 Convention which is detailed in the IMO publication ‘Load Lines – 2002 Edition’ .

Surveys
A vessels will be subjected to the following surveys:

1. Check all access openings at ends of enclosed structures are in good conditions. All doors, clamps and hinges to be free and well greased. All gaskets and water tight seals must be crack free. Ensure that the doors open from both sides.

2.  Check all cargo hatches and access to holds for weather tightness.

3.  Check the efficiency and securing of all the portable beams.

4.  If the portable wooden hatch covers are used check that they are in good condition.

5.  If the tarpaulins are used at least two should be provided for each hatch and in good condition.

6.  Inspect all the machinery space openings on exposed deck.

7.  Check that any manholes and flush scuttles are capable to made watertight.

8.  Check that all the ventilator openings are provided with efficient weather tight closing appliance.

9.  All the air pipe should be provided with satisfactory means for closing and opening.

10. Inspect any cargo ports below the freeboard deck and ensure that all of them are watertight.

11. Ensure that the non return valves on overboard valves are operating in a satisfactory manner.

12. Side scuttles and openings below the freeboard deck should have efficient internal watertight deadlights.

13. Check that all the freeing ports are in satisfactory conditions.

14. All guard-rails and bulwarks must be satisfactory condition. 15. Paint the deck line, load line marks, load line and the draught marks