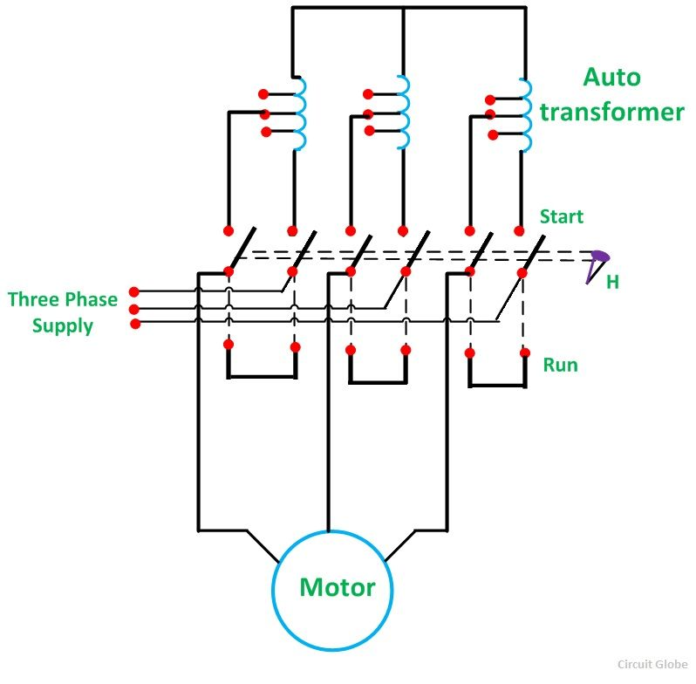 This is means of reducing starting current of induction motor by initially connecting to the stator winding to ‘STAR’.

Once the motor comes up to speed (68%) to be connected in DELTA.

When motor start in ‘STAR’ it has the effect of:

This starting method works only when the application is light loaded during the start. If motor is too heavily loaded, there will not be enough torque to accelerate the motor up to speed before switching over to the delta position.

When starting the motor, the load torque is low at the beginning of the start and increases with the square of the speed.

When reaches approximately 80-85%of the motor rated speed the load torque is equal to the motor torque and the acceleration ceases. To get the rated speed a switch over to delta position is necessary.

Automatic switching to the delta running condition is preferred to manual changeover.

A motor can be started in 3 ways

A soft starter falls under the 2nd method, where the motor terminal voltage is gradually increased with either electrochemically or by using HFSR (Harmonics free series reactor) method.

It can be any control system that decreases the torque by temporarily decreasing the voltage or current input, or device that temporarily alters how the motor is connected in the electric circuit.

It normally consists of solid state devices like thyristors to control the application of supply voltage to the motor. The starter works on the principle that the torque is proportional to the square of the starting current which in turn is proportional to the applied voltage. Thus the torque and the current can be adjusted by decreasing the voltage at the time of starting the motor.

It consists of two main components