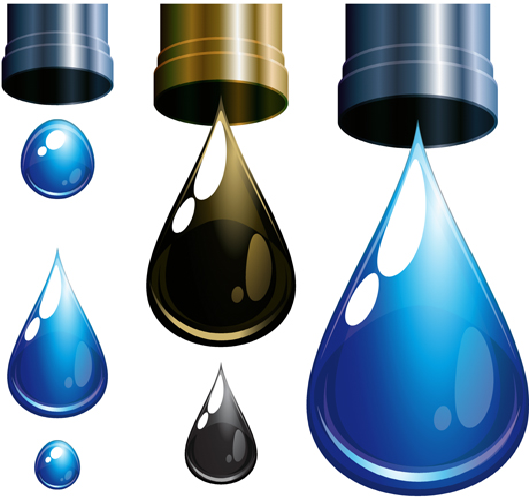 1. Introduction : Latest advances in green tribology and of future developments in this new area

At present, global warming is a severe challenge as more than 75% of energy is produced from fossil fuels. The problem of global warming and finite fossil fuel supplies requires us to solve the problems of energy shortage, excessive consumption and greenhouse gas emission. Hence, improving the energy efficiency of resource use and reducing the emission of greenhouse gases are now very important issues in the world, especially for transportation and industry.

Low-dimensional nano-materials with self-lubricating capability (such as MoS2, WS2, graphite, carbon nanotubes and so on) might be considered as potential anti- friction and wear additives for future engine oil application, owing to their unique size, shape, chemistry and structure morphology. In 2013, Erdemir reviewed the latest research trends in 0 to 3D self-lubricating nano-materials as potential oil additives and their prospects for commercial applications. He concluded that self-lubricating nano-materials with 0 to 3D structural architectures may hold great promise for further enhancing the anti-friction, -wear, and -scuffing performance of future lubricating oils.

The procedure to reduce the power losses in an internal combustion engine(timing chain drive) was presented by Krappf & coworkers. They used a parametric study with a multi-body simulation model. It was found that the power dissipation mainly resulted from the sliding contact between the chain and the tensioning guide. After optimizing the simulation model with the basic data, it showed an improvement to the efficiency of 8.15% which was supported by experimental results.

Friction loss inside diesel engines is responsible for 20% energy loss of the total energy consumption. Most of the loss is due to the piston ring/cylinder liner contact. Forest and coworkers investigated the friction reduction properties of the parts in fuel and biofuel matrixes for steel/steel contact. A significant friction reduction was observed in the presence of B7 (a biofuel composed of a mixture of a diesel fuel with 7% of esters) and fatty acids at 100° C and there was no visible wear owing to the formation of an insulating film with heterogeneous film. Low-temperature ion sulfurizing (LTIS) technology was introduced. This technology did not use any toxic liquids and can minimize the risk of explosion of gas sulfurizing and the emission of various harmful gases during the sulfurizing process. The industrial applications of this technology in various typical tribological components were reviewed.

Up to now, many characteristics of the structural lubricity are still under debate, such as the exact conditions under which a super-lubric state can actually be confirmed. However, a growing number of experimental studies already seem to corroborate its existence.

Hydrogen consisting amorphous carbon coatings (a-C:H) have proved their potential to decrease friction & wear, & can now be found in industrial application. In order to make clear the procedure of the super-low friction, frictional characteristics have been investigated on bearing steel friction pairs, two types of DLC coated with a-C:H and ta-C in the presence of 1- hexadecene and pure oleic acid, respectively. It was found that the friction coefficient for ta-C lubricated with oleic acid reveal super-low friction of approx. 0.005 at a constant sliding speed of 50 mm s−1 whereas that for a-C:H showed a higher value of approx. 0.045. Also, the tribochemical reactions showed that ON groups terminated the ta-C surface whereas a-C:H was covered by a thin tribofilm and terminated by oleic monolayers. The super-low regime for the ta-C was mainly assigned to the presence of OH-termination.

Polytetrafluoroethylene (PTFE) is a good solid lubricant due to its low friction, chemical inertness, high melting point and vacuum compatibility, but its low wear resistance limits its industrial application. However, this polymeric composite could increase its wear resistance by a staggering 5000 times using a strengthening approach with a few volume percent a-alumina. This ultra-low wear regime of PTFE is consistently paired with the presence of a thin tribofilm at the sliding interface between the bulk composite and the counterface. Pitenis and coworkers investigated this tribofilm and the environmental conditions that promoted ultra-low wear in PTFE nanocomposites. It was found that the ultra-low wear behavior of the PTFE nanocomposites studied was partially dependent upon the environment and a favorable balance between the rates of tribofilm formation and removal, and was related with the thickness of the transfer film. The results showed that the tribochemical reactions among the polymer nanocomposite, steel counterface and the environment were responsible for the ultralow wear behavior of PTFE and alumina nanoparticles.

The ‘zero-wear’ effect or wearless effect was defined as one of the examples of self-organization in friction interaction in tribo-systems. It is implemented only when the plating film (protective tribofilm or servovite film) is formed on the friction surface spontaneously, and when the composition, structure and properties of which provide friction without really fixed friction wear with ultra-low friction coefficients.

4.1. Biomimetic and biological materials, and tribo-techniques

A general feasible approach to achieve hybrid hydrogels with dual and multi-responsive characteristics in response to stimuli including pH and temperature was developed on the basis of mimicking the slippery mucus of fish skin. It was found that the responsive hydrogels achieved performed better than fish skin, not only was an ultra-low coefficient of friction (COF) (near 0.05) obtained but multiple tunable COFs from ultra-low to ultra-high (1.2) were also discovered, by using sequential regulation of pH and temperature. This reversible, tunable feature in friction performance is likely to have significant impact on design of hydrogel-based actuation devices.

Recently, nickel (Ni) films with positive and negative textured surfaces of lotus and rice leaf patterns were fabricated by Wang and coworkers. It was found that the biomimetic textured surfaces were super-hydrophobic after perfluoropolyether (PFPE) treatment. The water contact angles (WCAs) on the surfaces are much larger (approximately 150 degrees) than those on the smooth Ni surface (65 degrees). The as-prepared biomimetic textured Ni films modified with PFPE showed low friction coefficient and high anti-wear properties.