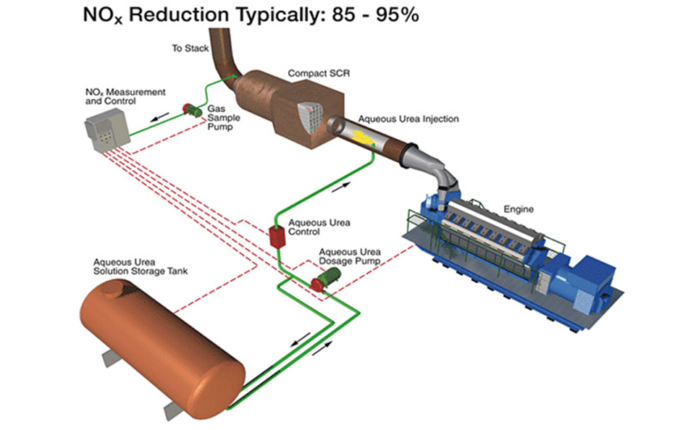 Thermal Nox – Formed when nitrogen and oxygen in the combustion air supply combine at high flame temperatures. Thermal NOx is generally formed during the combustion of both gases and fuel oils.

Fuel Nox – Formed when nitrogen in the fuel combines with the excess oxygen in the combustion air and is only a problem with fuel oils containing fuel bound nitrogen.

Prompt NOx – Attributed to the reaction of atmospheric nitrogen, N2 with radicals such as C, CH, and CH, fragments derived from fuel Formed during the early, low temperature states of combustion and is insignificant.

NOx react with ammonia, moisture, and other compounds in atmosphere to form nitric acid vapor and related particles.