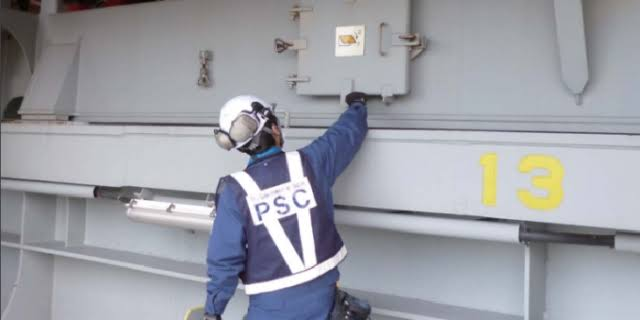 Port State Control(PSC) is an internationally accepted rule for the survey of the foreign ships in other national ports by PSC inspectors. The scope of these PSC officers is to find compliance with the conditions of the international conventions, such as SOLAS, MARPOL, STCW, & the MLC. Surveys can include inspecting that the vessel is manned & operated in accordance with the applicable international law, & verifying the competency of the ship’s master & officers, and the ship’s condition & equipment.

These services provided for the control process to be followed by the member states with regard to the foreign flag ships coming to their ports. The successful use of the provisions allow the State Authorities in identifying Sub-Standard Ships & ensuring that remedial measures are taken for the deficiencies identified by them. Vessels of the countries which are not member to the various International Conventions can also be put through equivalent inspections to assure comparable level of safety. The IMO has accepted various resolutions giving recommendations on such inspections. The recommendations also provide that all possible attempt should be made to avert a ship being unduly detained or delayed. But, wherever necessary Sub-Standard Ships are detained & restorative action taken before enabling them to sail out to sea.