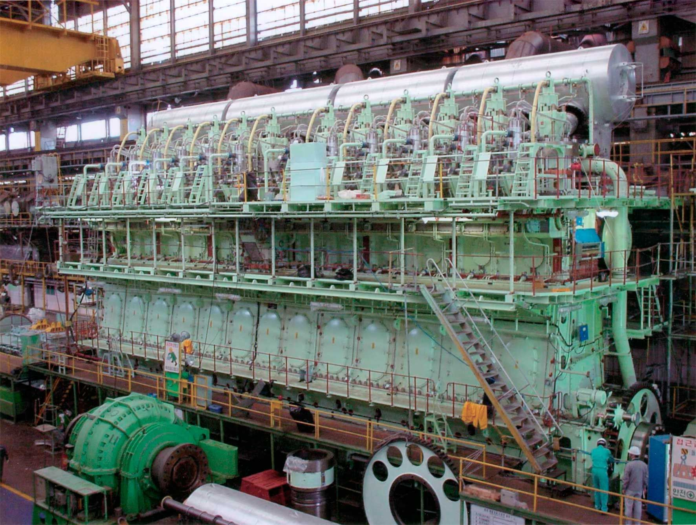 Here, tests are carried out at the manufacturers’ test bed to check whether the performance values are within the acceptable standards of specification.

Here, tests are carried out to check whether the engine and ship’s performance are as per the contractual agreement supplied by the manufacturer.

This is done after handing over the vessel by the manufacturer to the ship owner. It is carried out during the service life of the vessel to ensure maintenance of the service standards as compared to the same engine when it was newly built.

This testing is performed after feedback from the ship’s owner in case of problems to be overcome, or modifications, or latest improvements to be incorporated on the engine.

These include trials on the engine which is loaded by a water brake. The following trials are done:

The following sea trial tests are performed on new ships to check the ship’s performance conforming to acceptable standards specified by the manufacturer:

Before testing out in the open sea, a mooring trial is done when the ship is in a moored condition.

This trial is done during the running-in period of the piston rings and cylinder liner at a controlled output, only for a short running- in period.

This is a trial done to confirm the engine’s performance before going  through the official trial.

This is done officially in the open sea. The following tests are carried out:

c) Astern running test where astern power is limited (50 to 80% of maximum ‘ahead’ running power rating).

d) Overload Test: The engine is run in an overloaded condition at a set” controlled overload rating.

e) Minimum Stable Speed Test: The engine minimum stable speed is confirmed for smooth running at a given irregularity factor. The engine should not stall at this speed.

f) Starting and Reversing Test: This test checks the starting and reversing system for reliability, and also the capacity of the air reservoir for minimum number of starts and its pressure drop.

k) Stop Trials : To test how quickly the ship can stop for safety reasons, when sailing under constant propulsion.