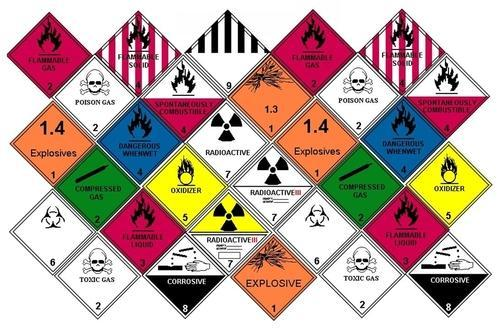 The International Convention for the Safety of Life at Sea, 1974 (SOLAS), as modified, deals with various angle of maritime safety & contains in chapter VII the obligatory provisions governing the carriage of dangerous goods in packaged form.  The transportation of dangerous goods in packaged form shall follow with the applicable provisions of the International Maritime Dangerous Goods (IMDG) Code which is considered & extension to the provisions of SOLAS chapter VII.

Furthermore, the International Convention for the Prevention of Pollution from Ships, 1973, as modified by the Protocol of 1978 relating thereto (MARPOL), which contains in its Annex III mandatory arrangements for the prevention of pollution by harmful substances transported by sea in packaged form, prohibits the carriage of harmful substances in ships except in accordance with the provisions of MARPOL Annex III, which are also supplemented in the IMDG Code.

The IMDG Code was enhanced as the international code for the maritime transportation of dangerous goods in packaged form, in order to enhance & coordinate the safe carriage of dangerous goods & to restrict pollution to the environment. The Code describes the measures suitable to each individual material, covering matters such as packing, container traffic & stowage, with reference to the separation of mismatched substances.

The Code, was initially accepted in 1965 as a recommendatory instrument. In 2002 the general Assembly at its 17th session accepted by the resolution A.716(17) the IMDG Code, & decides to give it a mandatory status under the cover of SOLAS Convention, from 1st Jan. 2004. But, some parts of the Code remain  recommendatory.

7.  the segregation flow chart & examples in the annex to chapter 7.2;

Since its inception in 1965, the IMDG Code has gone through many changes, both in appearance & content to keep pace with the ever changing needs of industry. Amendments which do not affect the principles upon which the Code is based may be accepted by the MSC alone. Thus IMO can respond to transport developments in reasonable time.

Modification to the IMDG Code are made on a 2 year cycle, these are mainly derived from 2 sources; proposals given directly to IMO by Member Governments & amendments needed to consider the changes to the United Nations Recommendations on the Transportation of Dangerous Goods which sets the basic needs for all the transportation modes.