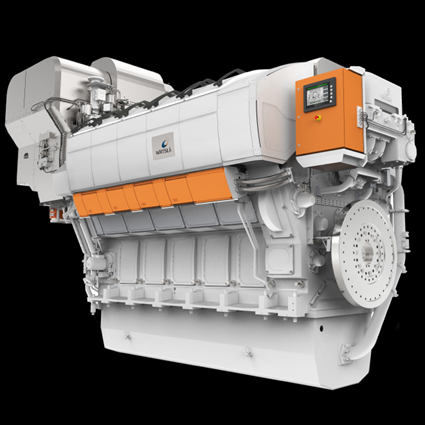 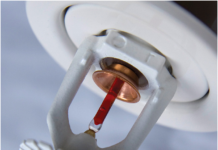 When the engine is started for the first time or immediately after replacement of the parts, such as the cylinder liners and piston, since the sliding parts of the engine are not yet sufficiently ready to work smoothly or freely, failure such as abnormal wear or seizure of the sliding parts may occur, if the load is abruptly applied in the stage of such conditions.

Conduct the running-in operation to ensure smooth and free working of the sliding parts on the following procedure, before entering normal operation.

It will substantially affect the engine performance, especially the combustion performance and consequently the consumption efficiency of lubricating oil, whether the piston and oil rings move smoothly and freely, or not. Further, it is assumed that they will be decided by the initial operation of a few hours. When the cylinder liner, piston, piston ring, and sliding parts around cylinder are replaced, be sure to conduct running-in operation in accordance to the figure shown below.

Be sure to operate the engine during the running-in period under the following conditions:

Note: For the engines of heavy fuel oil specification, be minded to use diesel fuel oil during the running-in period.

Note that for the engine with heavy fuel oil specification, lubrication oil for heavy fuel oil can be used from the beginning, notwithstanding the above prescriptions of (2).

To detect the potential problems and eliminate the causes to previously prevent such problems, particularly heed cautions to the following items:

(3) Leakage from connection parts, and loosening of screws

(4) Inspection and Works after Completion of Running-In Operation

At the time when the running-in operation is completed, conduct the following inspection works and confirm that there is no abnormalities, before entering the normal and regular operation of engine:

(1) Inspection of foreign matters and stains in the crankcase

(2) Visual inspection of the inner surface of the cylinder liner

(3) Inspection and cleaning of the element of each filter

(4) Remove the flushing filter attached to the element of the fuel oil filter.

Note:-Be minded never to perform the operation of engine using heavy fuel oil, while the flushing filter is attached